I was going through the petrol price hike news & wondered it’s a golden goose for government & it’s so close with Ambani, how come Ambani is not in this business? I remember Reliance use to have retail outlets for petrol & they closed it 10 years back. I wanted to know what happened back then & why did they close this cash cow business.

MUMBAI: Reliance Industries, the country’s largest private sector company, has decided to shut down all the petroleum retail outlets owned by it directly as surging crude prices and the absence of government subsidies have made operations unviable.

We are kept out of the ambit of the government-sponsored survival package. We have decided to close all our company-owned retail outlets. It has become unviable to transport fuel from our depots to retail outlets as the throughput from our retail outlets has almost become zero.

We are not going to re-fuel any of our retail outlets and this will eventually lead to closure of such outlets till stocks last, a source close to the development told ET. A Reliance spokesperson declined to respond to an ET questionnaire on the issue.

RIL operates about 1,400 retail outlets. It owns most of these outlets after it decided to buy out several outlets being operated by the dealers. The source told ET that the outlets operated by the dealers will continue to function. RIL achieved a fair amount of success in the petroleum retail market, gaining a market share of over 14% in no time.

RIL’s outlets were selling almost four times the average sales of PSU outlets till May 2006. The sales volumes of RIL outlets fell significantly after the price increase. Over 50 lakh customers who had been patronizing RIL outlets known for their quality and quantity assurance switched to other outlets.

The price differential between private and public companies kept widening because of oil bonds for state-owned oil marketing firms and discounts from upstream oil companies. At present, RIL sells petrol and diesel at between Rs 6 and Rs 14 more than PSUs. This drove away customers, forcing the pumps to go dry.
Even with this differential, RIL is incurring substantial losses in retail marketing. Further, this in turn has affected the operations and consequent revenues of the company. Its market share, which stood at 14%, has dropped to nil after the price differential with PSUs.
Asked if the company would consider selling off its petroleum retail operations, given that the government cap on pricing continues, We remain committed to the petroleum sector and will not sell our retail operations. The lack of a level-playing field between the public and private sector remains an area of concern, and we look forward to the its restoration as soon as it is possible so we can to resume our retail petro operations, said the source.
RIL, along with other private sector firms like Essar Oil and Shell, is lobbying hard for equal treatment with OMCs, including access to oil bonds issued by the government to underwrite the subsidy cost of selling petroleum products at a concessional price.

(This article was originally published in The Times of India) 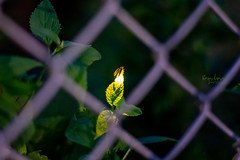