It was planned just the day before our trip. There are two trains from Hosur to Mysore 03:50 AM & 04:20 AM respectively. We planned to catch the prior train, in-case if we miss it we can catch the later.

I’d kept alarm at 03:20 AM and got ready hurriedly. Took bath in cold water at 3.30 as water heater didn’t work!! It’s tough to imagine how cold the water will be in Hosur at early hours.

Asked my dad to drop us at the railway station. By the time we reached the station it was already 3.55! Person at ticket counter said train is delayed by 30 minutes! Uff!!! Relaxed for a second & bought two tickets. Had tea at the platform & it was very nice at that weather!

Dad went home & we still waited for the train. Finally after 50 minutes of wait train arrived at 4.47 & we got seats. Had some biscuits which mom had kept it my bag & had Madhoor Vadai (Madhoor – A place which is in between Bangalore – Mysore & is famous for it’s Vadai!). After too many stops for other trains to pass by, Reached Mysore station at 09.20.

Chamundeswari Amman Temple,  the temple that makes my mind calm rises to a height of 3489 feet msl, would be one of the best places to visit in India. As expected at the railway station, there was a huge crowd at the temple. We went and stood in ‘free darshan’ queue & 50 Rs counter too had approximately equal number of people in queue.

The specialty here is you can worship the goddess Chamundi in one hour. As the temple only has Chamundi as the main goddess, the queue will be moving out very fast and you can worship soon. While coming out the cold breeze made us to stand there for sometimes.

In such an awesome climate had our lunch as it was already 13:00. Had Bisi Bele Bath & it suited for that climate! As there is no worries for bus to get down from the hills, 201 was readily waiting and took our seats opposite side to the driver, so that we get a good view while coming down form the hills, Yes enjoyed the view.

On the way to bus stand we crossed Mysore zoo, Wax Museum & Race course; didn’t visit any of these place as we were heading to Mysore Palace. Reached palace shortly and spent there sometime, took some photos.

Now headed to rly station as our train back to Hosur is at 3.45. As soon as we reached the station, the train was already crowded and we got a luggage carrier upper berth in the un-reserved compartment! Being first time to travel in upper luggage carrier berth for both of us, it was a different experience for my & my brother.

Again got to taste Madhoor Vadai and train had entered Bangalore now. As we were unable to sit continuously by bending our head in the upper luggage carrier, I stepped down & asked my brother to sleep for a while, now some people got down and some people shared seat with me & I spoke with the guy who was next to me until we reached his station. Greeted him best wishes for his Interview which he had to attend the next day in Bangalore. By now we two got single seats & enjoyed the chill weather from window from Bangalore to Hosur.

6 thoughts on “An un-reserved trip to Mysore”

There was an error retrieving images from Instagram. An attempt will be remade in a few minutes. 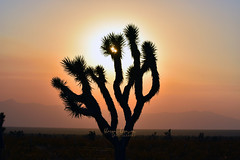